Home » Action against Bayer: Nature for people, not for business!

Bayer, the German multinational, is the second largest producer of pesticides and a world leader in the production of highly poisonous insecticides. In recent years it has also been one of the most powerful actors involved in the research and production of genetically modified seeds for agriculture, including those that are sterile after the first harvest. 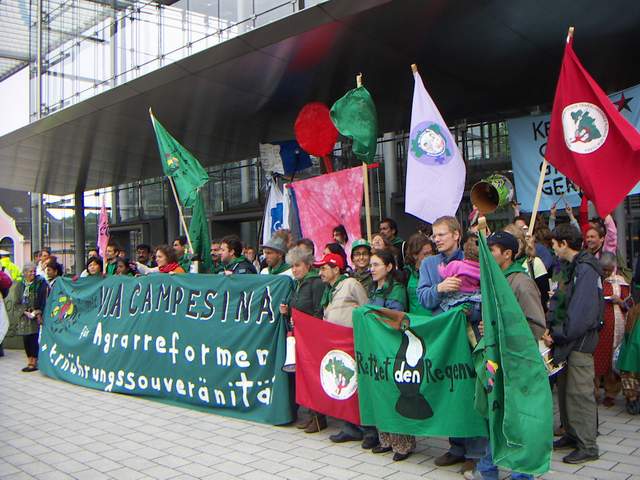 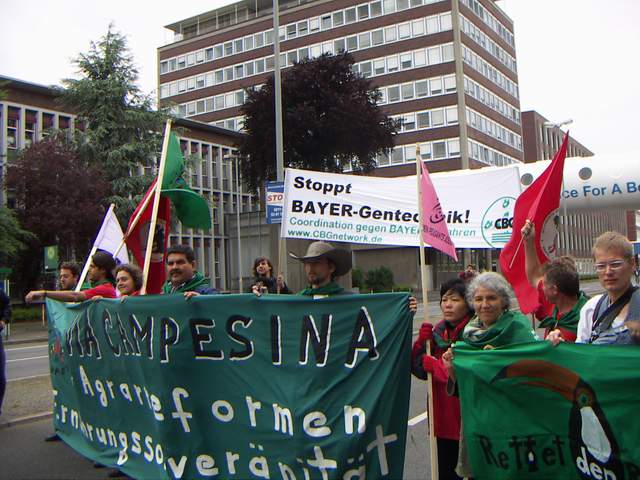 In order to protest this, as well as to emphasize their right to a clean environment, and to produce and exchange their native seeds, 100 people from around the world gathered today in the German city of Leverkusen, the headquarters of Bayer. The protesters have been accompanying the meetings of the UN Convention on Biological Diversity, an international meeting in which corporate interests such as those of Bayer tend to dominate. With lively music and powerful words they attracted attention from the residents of the city. “We are protesting against Bayer´s lobby efforts to make patent laws even stronger. We will not allow our genetic resources to be privatized!” called out members of Via Campesina who were joined in solidarity by activists in Germany and Europe who are fighting to preserve biological diversity by defending clean water, native seeds and plants and local agriculture. “Nature for people, not for business” were some of their demands.