Home » We are not backward. Our seeds and knowledge are crucial for our survival 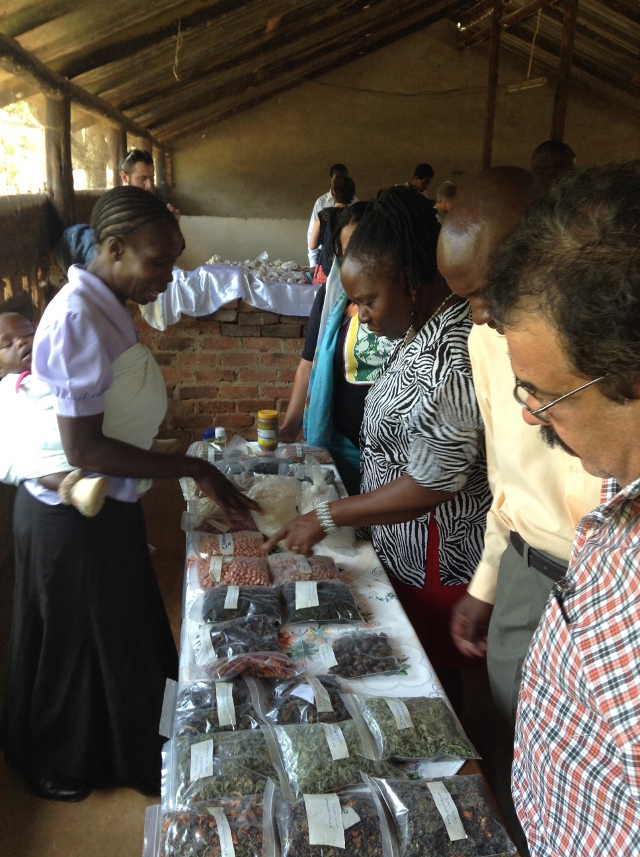 (Harare, November 13, 2013) Seed diversity, created by peasants over centuries, is in danger of disappearing and the diversity of seeds that remain is increasingly threatened by large international corporations, most of them coming from the agrichemical sector. In Africa, different forces are converging to grab peasant seeds and undermine their diversity and the knowledge and practices associated with them.

At the Fambidzanai Permaculture Centre, an area rich in biodiversity, situated 20 kilometers west of Harare, Zimbabwe, African peasants are gathering November 12th – 14th to discuss and exchange information on the values of their traditional African seeds, since they believe they must be defended. Various participants at the meeting have highlighted the fact that their knowledge, practice and seeds are not obsolete or backward.

“A peasant is a scientist. The amount and quality of knowledge we have been developing and practicing for centuries is highly useful and appropriate”, said Maxwell Munetsi, a farmer from the Northern Cluster of ZIMSOFF.

Henk Hobbelink from GRAIN explained that we are dealing with a strategic ideological propaganda pushed by many development agencies, multinational corporations and an increasing amount of governments, to change the mindset of peasants and convince them that their whole existence is backward.

“They have managed to convince many governments that industrial agriculture is the way forward, and to accept the new seed laws and the seed robbery”, explained Hobbelink.

On the first day of the meeting, peasants have come to the conclusion that without their native seeds they have no autonomy and cannot survive as such. Once the corporate powers take control of the local seed systems, African peasants will loose their life. “Peasant seeds reproduce themselves freely, so does life. They are not commodities to be traded. They exist to give life. Adversely, industrial seeds have no life”, explained Guy Kastler, a peasant from France.

Initiatives such as AGRA, G8 Alliance and others are trying to bring small-scale farmers into an agroindustrial capitalistic model. Their vision is the industrialization of peasant agriculture.

A crucial moment to strengthen the struggle

We are at a crucial moment to strengthen our struggle. The pressure must come mostly from the ground, as well as nationally and globally. “Peasants, and not only NGOs, must raise their voices and pressure governments and International Institutions to stop this”, said Mariam Mayet, an invited participant from African Centre for Biosafety, South Africa.

If nothing is done, it will become legally more and more difficult for African farmers to grow and exchange their own seeds.

For Elizabeth Mpofu, chairperson of the Zimbabwe Small Holders Organic Farmers Forum (ZIMSOFF) and General Coordinator of La Via Campesina this African Seeds gathering is important since it contributes to strengthen the global seed campaign carried out by La Via Campesina.