Home » Peasants from around the world: views on Expo 2015 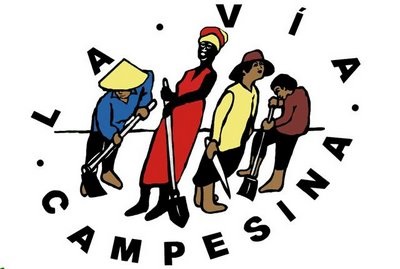 (Milan, June 2, 2015) – La Via Campesina, international movement representing 200 million peasants, agricultural workers, indigenous and nomadic people, will be gathering at People’s Expo to bring in the voices of the farmers that feed the world and that are not represented in Expo Milan 2015.

Farmers all over the world struggle every day for their rights to access natural resources like water and land and to protect their traditional, climate neutral and diverse ways of food production. Elizabeth Mpofu (Zimbabwe), Hanny Van Geel (The Netherland), Esperanza de Jesus Ruiz Vallejos (Nicaragua) and Andrea Ferrante (Italy) will talk about right to food sovereignty through agroecological models of production and consumption.

“The narrative of Expo 2015 does not speak of the stories of farmers and peasants starving because they are being expelled from their land, of the indigenous people expelled from their territories, of the fishermen and fisherwomen who are denied access to the seas in which they have always fished, of the nomadic pastoralists forced to live a sedentary life or of the consumers forced to eat junk food” says Andrea Ferrante of La Via Campesina Europe.

Via Campesina wants the voices of small-scale agroecological farmers to be heard. In Italy alone, 4 million people are engaged in small-scale agriculture and after all small-scale producers are generating 70% of the world’s food and this needs to be recognized on a local,  national and international level to allow them to feed the future and cool the planet.

“Peasants from around the world: views on Expo 2015”