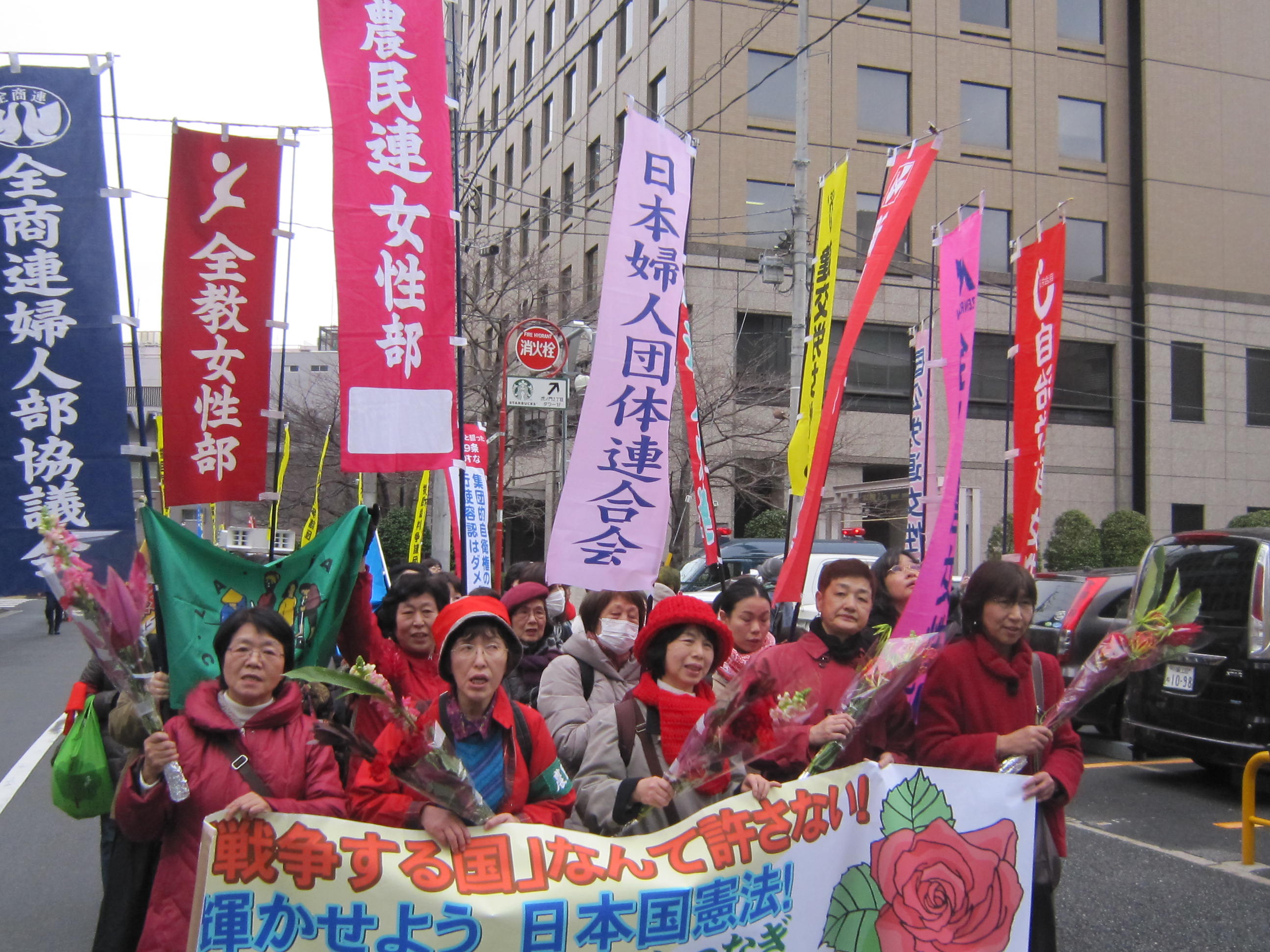 (Japan, March 8, 2015) NOUMINREN women association, Japan, on International Women’s Day, organized various events around the country and in Tokyo a large central rally where the Nouminren Women Association is a part of organizers.

This year’s main theme of the central meeting is “Never allow Japan to become a country going to war and shed light on the Japanese Constitution.” It also focus on the issues of nuclear weapons, military bases and nuclear power. It emphasizes GENDER EQUALITY. In the meeting, a female economist will talk about an economics for happiness, an economics completely against Abenomics neoliberal agendas. 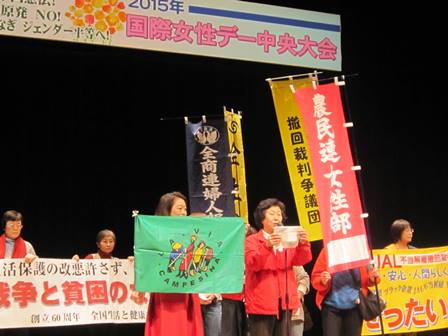