03 November 2017: (Ciudad Juárez, Mexico) Kicking off La Vía Campesina’s V International Encounter of Migrations and Wage Work, participants yesterday launched a global discussion on the struggle for migrants’ rights, food sovereignty, and the urgent need to expand on societal dialogues to achieve the full realization of all peoples’ fundamental human rights. Starting the 4-day Encounter with a mística prepared by indigenous communities living in resistence along the U.S./Mexico border, delegates engaged in sacred celebations for Day of the Dead (Día de los Muertos in Spanish).

Coming in from across Mexico, the United States, Canada, Nicaragua, Colombia, Haiti, Italy, and Spain, participants discussed everything from rural-urban to international migration, repression against those who resist capitalist exclusion by moving from one place to another, and the role of social movements such as La Vía Campesina in building a larger movement for migrants’ rights. 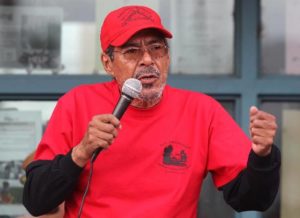 “As La Via Campesina, we succesfully engage in debates with many governments and institutions”, affirmed International Coordinating Committee member Carlos Marentes. “However”, he explained, “what we need most in the current context is to share our struggle for dignity with all of society”.

“We must work together to teach everyone that our rights are human rights”, Marentes stated. 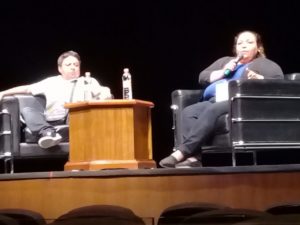 According Maria Jose Maradiaga, of Nicaragua’s Rural Workers Association (ATC), “the right to move freely and live without fear of repression can only be guaranteed by organizing, educating and training, and mobilizing. Without these things, our people – especially rural and indigenous women – will continue to suffer the exclusion caused by the transnational corporations who want to control our food systems and economies”.

Federico Pacheco, of European Coordination Via Campesina (ECVC), spoke to the numerous strategies being used by the global peasant movement to advance the rights of rural workers. “We are actively participating in the Permanent People’s Tribunal (TPP) on migrants’ rights, in the struggle for a binding treaty that holds transnational corporations accountable for their crimes, and are close to achieving a UN Declaration on the Rights of Peasants and People Living in Rural Areas”.

“What we bring to the debate is a peasants’ and rural workers’ perspective”, he explained. “Our global movement has opened many doors and built many alliances – some formal, others informal, institutional or social. These are precisely the spaces in which we must raise our voices as migrants and workers”, concluded Pacheco.

The historic Encounter will result in a Manifesto of Action to be read at the steps of the Benito Juárez Monument on Sunday, November 5th. That same day, in an act of protest against all walls of exclusion, participants will stand with the community of Anapra in cultural resistence to the corporate-backed border fence. Together, a global collective commitment will be made to advance the struggle for migrants rights in 2018 and beyond.