Home » Events » Brussels : “No GMOs in the Park! Kids playing in the shadow of Monsanto?”

Brussels : “No GMOs in the Park! Kids playing in the shadow of Monsanto?”

The collective changed the names on signs leading to the park, and posted information about the action inside the park. Participants also planted organic strawberry and tomato plants as well as other vegetable seeds. 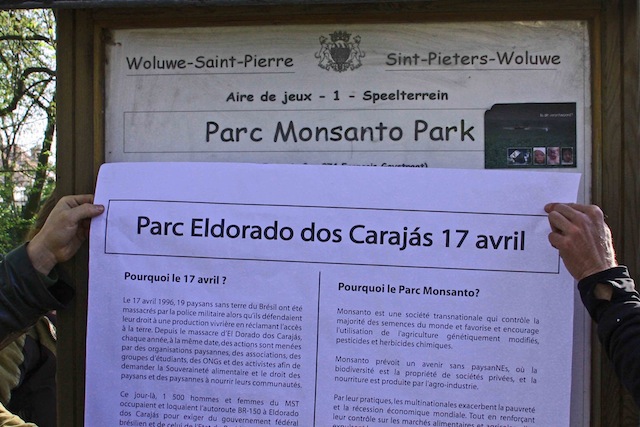 One of the collective which took part in the action commented “We used to name our cities and streets after poets and revolutionaries, now we name them after transnational corporations”.

“It is unacceptable that a publicly managed park in a city such as Brussels be named after a corporation which has brought only chemical destruction through Glyphosphates, Growth Hormones and Dioxins, not to mention an aggressive destruction of Biodiversity through an obsessive promotion of Genetically modified crops worldwide” another member of the group added.

“We came here today to show solidarity with actions happening around the world in remembrance of April 17, 1996, and to show emphatically that we do not want Monsanto or GMOs in our cities, on our plates or in our fields – and certainly not in our parks” they concluded.

Reclaim the Fields is a European “constellation” of groups and individuals committed to ensuring access to land for young peasants and in struggling against neoliberal food and agricultural policies in Europe and worldwide. 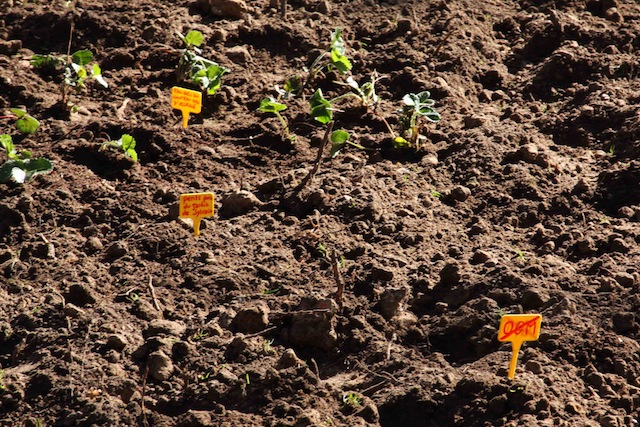 Parc Monsanto? No thanks! 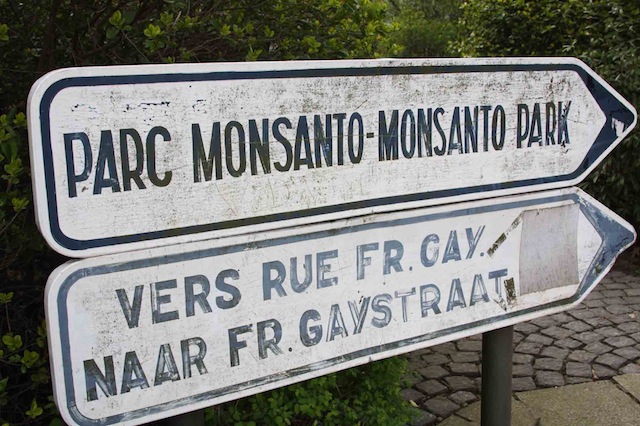 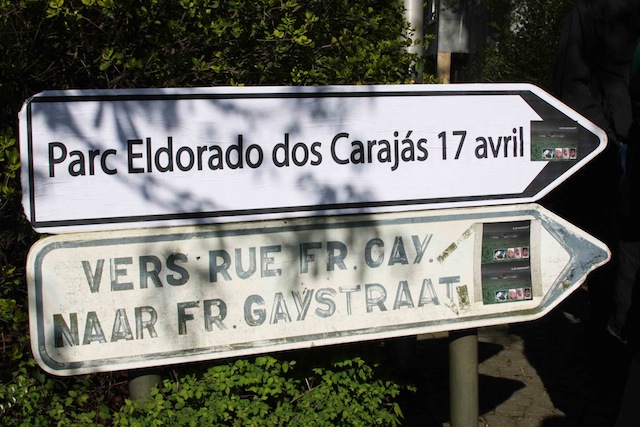