Home » El Salvador: Reforms to the Law Governing the Control of Pesticides, Fertilisers and Farming Products 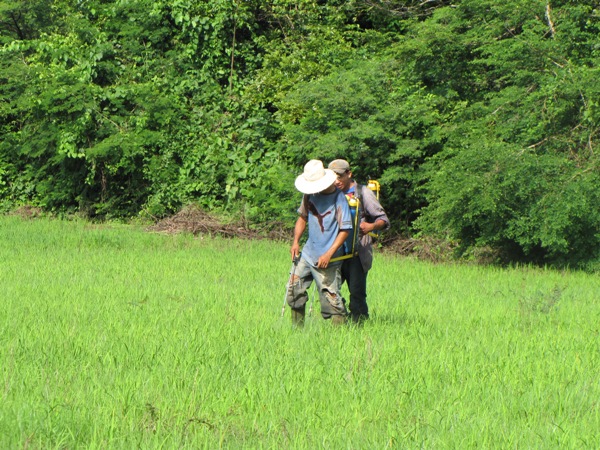 The 5th September marks a milestone in Salvadoran agriculture after the Legislative Assembly implemented reforms to the law governing the control of pesticides, fertilisers and farming products.

With 45 votes – that is to say, a simple majority – the legislators passed the decision to ban the import, sale and use of chemical products and insecticides considered harmful to health. This law should be implemented gradually over two years, resulting in a complete ban of these products which will have to be replaced by more environmentally-friendly ones.

According to legislators from the FMLN Party, the reforms to this law seek to reduce the number of rural people dying of illnesses caused by the use of agrochemicals which are freely sold despite being banned in other reports done by legislators.

The deaths of hundreds of people from renal diseases can be attributed to agrochemical products which are now being freely sold in the country and which are causing health complications that result in death.

The reforms to the law governing the control of pesticides, fertilisers and farming products will be implemented gradually over a period of two years until they are eradicated completely, allowing instead the use of more environmentally-friendly products.

However the right-wing ARENA and Partido de Concertación Nacional Parties refused to vote for the reforms, claiming that agricultural production would be affected. However they did not take into account that it is not only the quantity of products but also the quality that will benefit Salvadoran families because they will be able to consume less contaminated products.

It is clear that this proposal is only one of the right-wing’s excuses to protect the country’s major agrochemicals importer Alfredo Cristiani who was previously a civil servant of the ARENA Party and the President of the Republic during a period which ended up destroying the Salvadoran agriculture which is in clear recovery at the moment.

Although the reforms to the law governing the control of pesticides, fertilisers and farming products were passed, we at El Consejo Nacional de Trabajadores del Campo (National Council of Rural Workers)/Vía Campesina El Salvador consider these important steps that should have been taken after we presented our proposal for a food sovereignty law to the Legislative Assembly.

Therefore, so that rural agriculture is strengthened and benefits the Salvadoran society with safe and healthy food, we consider it necessary for the food sovereignty law to be passed, which was first presented to the Legislative Assembly in 2008.

At the same time, we make an appeal to the general population to recognise the stakeholders who continue to make themselves rich at the cost of other people’s lives because those who did not vote for these reforms are servants to domestic and foreign capital who receive orders from their employers not to vote.

We are therefore calling for all citizens not to volunteer in the fields from which we are rescuing El Salvador and which are letting us die from illnesses that are a product of the ambition of the wealthy who continue to harm our planet and its inhabitants.